Browsing through our Special Collections recently I noticed a book which I thought an unlikely find among the historic collections of an Irish university library.    This book may be of special interest given County Kildare’s rich equine history and Maynooth University’s (BBS) Equine Business degree.

A descriptive and historical account of the Guild of Saddlers of the City of London was written and compiled for private circulation  by John W. Sherwell, clerk of the company. Printed in 1889 “with the sanction of the Master, Wardens, and Court of Assistants of the Company” , the book is dedicated to the “Worshipful Company of Saddlers – this work is respectfully inscribed, in grateful recognition of many courtesies and uniform kindness shewn by its members to the writer”.

The content outlines the history; internal affairs; the company and trade; list of masters and wardens, some with biographical notes; a description of plate and other articles of interest in the Company’s possession; an addendum in the form of a Will dated 1392 and an index of the Saddlers’ Guild are also included. A number of examples from their courts are outlined.  On May 15th 1607 in the matter of personal appearance of their journeymen  and apprentices it was decreed that “At this Court the late apprentice of Roland Newton named Wm. Dennard, and the apprentices of Bywell and Browne named Henry Cavill and Anthony Seale wearing long hair were polled closse and Thomas Soloman the younger his man was polled also”.

The Maynooth copy has a paste-on slip on the verso of the marbled front cover showing a raised crest of the Saddlers’ Guild.  The slip states that the book was “presented to The Library of Maynooth College by the Master, Wardens and Court of Assistants

of the Saddlers Company, Saddlers Hall, Cheapside, December 1889” the year of its publication and the beginning of Sherwell’s association with the guild.

The book is octavo with three-quarter bound leather boards with a gilt stamped coat of arms on the front board.  It has a tooled spine, marbled endpapers, five raised bands and gilt edges.  It would have been presented to liverymen on admission to the Guild and proved an invaluable resource for learning the history and the inner workings of the guild and their trade.

A good description of the origins and objectives of guilds is to be found on the Saddlers’ Guild website “Trade guilds or mysteries, grouped together merchants or craftsmen with similar interests and imposed regulations for the benefit of their members and the community in which they operated”.

The word guild derives from the Saxon gildan (to pay), and refers to the subscription paid by members. Mystery comes from the Latin ‘mysterium’, meaning professional skills. Thus while the recorded history of the London guilds dates from the 12th Century, it is likely that similar organisations existed in pre-conquest England.

The medieval guilds, in the beginning, were groups of men and women who sought to protect their trade and used the advantages given by the strength of the group to counteract the weakness of the individual in a feudal society.   http://www.saddlersco.co.uk/thesaddlerscompany/origins.html

The circumstances of how the presented copy came to Maynooth College Library are unclear. A closer study of the list of members may yield further insights into possible connections with Maynooth College.

Ireland had its own Guild of Saddlers based in Dublin. Guilds were established in Dublin in 1171 and the Saddlers Guild which ranked 9th in precedence was established by charter granted by Dublin City Assembly. The guild was incorporated by royal charter in 1677 and included upholders (Upholsterers) Coach and Coach Harness Makers.

The Guild met at Tailors’ Hall from the middle of the eighteenth century to 1841.  The Irish Municipal Reform Act (1840) removed guild and city corporation autonomy to regulate trade. The guilds were abolished in 1841 with the exception of The Company of Goldsmiths which continued after 1841 and still exists today.

The  author of the book John William Sherwell was clerk of the company for 25 years.  He was also a liveryman during this time.  Before that he was secretary to the City of London College. He had a great interest in the technical education among the guilds and in the work of the City and Guilds of London Institute. He is credited with organising a “valuable exhibition of saddlery and harness work” held at the Saddlers’ Hall in 1873 which was opened by Lord Halsbury who was then prime warden.  Sherwell died in 1913 at his residence in Bickley after a long and serious illness. He was buried at Bromley Old Cemetery, London. “Mr. J. W. Sherwell.” Times, 23 Sept. 1913, p. 9.

For further information on sources for Irish guilds see

Guilds and related organisations in Great Britain and Ireland: A bibliography. By Tom Hoffman

2 thoughts on “The Worshipful Company of Saddlers by J.W. Sherwell – Presented to Maynooth College, 1889” 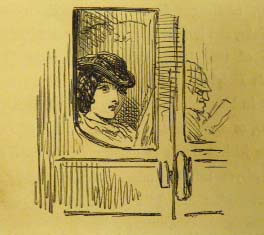 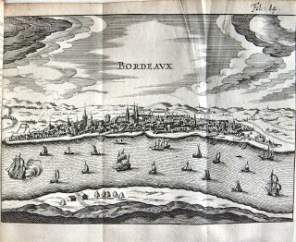 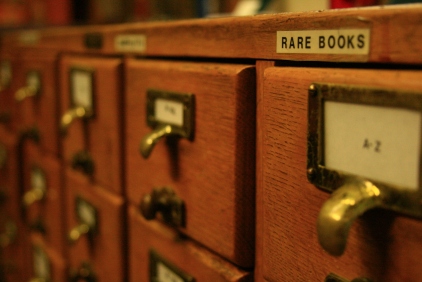